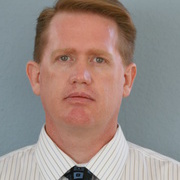 Luke Fay is a Senior Manager Technical Standards for Sony Home Entertainment & Sound Products -America.  Currently he is involved with the development of the next generation of broadcast television in a variety of standards organizations and their efforts to educate members of the new possibilities available with ATSC 3.0.  He has over 20 years of experience in digital communications systems engineering and receiver design.

He is currently serving as Chairman of the Advanced Television Systems Committee (ATSC) Technology Group 3 (TG3).  He is also the recipient of the 2015 Bernard J Lechner Award for technical and leadership contributions to the ATSC.  He became a SMPTE Fellow in 2018.