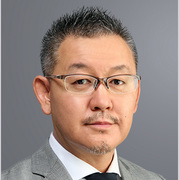 Yoshimitsu Tsurimaki is a producer in the Strategic Promotion Department of T-NET Japan Co., Ltd.’s Business Development Office. He also serves as a strategist on the Advanced Smart TV Promotion Committee of the IPTV Forum Japan, and is a Steering Committee member of the AWARN Alliance, as well as the Japanese delegate to ASEAN-Japan’s IBB workshop. He has worked in TV production for more than 18 years, where he has created digital TV services (including datacasting content, studio operation tools and related systems) as a producer and a technical director. Yoshi has also acted as an official agent of Japan’s Ministry of Internal Affairs and Communications (MIC), conducting international development of emergency alert broadcasting using datacasting.