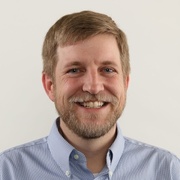 John Clark is the first Executive Director of PILOT at the National Association of Broadcasters and leads the initiative to bring together companies, organizations and educators to advance broadcaster innovation in a multi-platform media environment. Previously, Clark was Executive Director of the Reese News Lab in the School of Media and Journalism at the University of North Carolina where he taught media innovation and entrepreneurship.

Prior to UNC, Clark was the general manager of WRAL.com, one of the nation’s most successful local news websites. At Capitol Broadcasting Company, he led the technical development of the nation’s first local television news application on mobile phones and co-created News Over Wireless.

John is a native of Townsville, N.C., and holds a B.A. in Mass Communication as well as an M.B.A. from Campbell University.