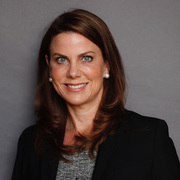 Beth Neuhoff is a CEO, corporate director and media, marketing and consumer segmentation expert. Neuhoff is recognized for creating high performing organizations and brand building strategies in both national and local markets.  As Chief Executive Officer of Neuhoff Communications, Ms. Neuhoff leads this culture-centric, award-winning, privately held broadcast and digital media company with properties across the Midwest. Serving as a public and private corporate director, Ms. Neuhoff is a strong proponent of elevating corporate culture and the consumer perspective in the boardroom.

Since, 2015, Ms. Neuhoff has been a director for the West Bend Mutual Insurance Company, a 125-year-old, A-rated mutual.  She also served as a director for Gray Television, (GTN-NYSE) from 2015 to 2019. She has been a member of audit, strategic risk, governance and compensation committees. An elected Director of the National Association of Broadcasters in Washington, D.C., she served three terms as Second Vice Chair of the Executive Committee.  She is a Director of the Broadcaster’s Foundation of America, the broadcast industry’s largest and oldest charitable organization; a Trustee of the National Association of Broadcaster’s Leadership Foundation (NABLF) and a Trustee of the National Association of Broadcaster’s Political Action Committee (NABPAC). She is a member of Young President’s Organization (YPO), Women Corporate Directors (WCD), and the Alliance for Women in Media. For the last six years she was named one of the “Most Influential Women in Radio” by Radio Ink magazine and was featured on the cover for this same issue in 2015. In 2016, she received the Illinois Broadcaster of the Year Award from the Illinois Broadcaster’s Association and in September of 2016 was recognized with the Frances Preston Trailblazer award in Nashville. In 2018, the Alliance for Women in Media honored her with the Gracies Leadership Award.  Finally, for the last three years, Neuhoff was recognized by her peers as one of the top 10 leaders in the radio industry.

In addition to her industry service, Ms. Neuhoff serves on the board of the Lemieux Center for Public Policy at Palm Beach Atlantic University, the Vineyard Trust of Martha’s Vineyard, the Palm Beach Community Foundation and is a graduate of Leadership Florida. Additionally, she is a member of the Legacy Board of Bear Necessities Pediatric Cancer Foundation in Chicago.

A native of Missouri, she earned a BA from the University of Oklahoma. Ms. Neuhoff resides in Jupiter, Florida.