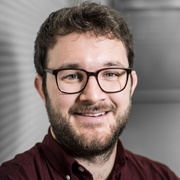 Christian Winter has a master of engineering degree in media technology and works as the Hybrid Radio system architect in the infotainment department at the German car manufacturer AUDI AG.

His work on Hybrid Radio projects started in 2010 with evaluation of open standards for Hybrid Radio defined by RadioDNS.org at the German Institute for broadcast technology.

He joined the car manufacturer AUDI AG pre-development in 2012 to create a Hybrid Radio prototype for car infotainment systems. He took the project and architecture lead of Hybrid Radio and in 2017 AUDI released the Audi A8, the worlds first car with Hybrid Radio - the ability to link seamless between broadcast radio and online streaming.

In 2018 Christian Winter was elected as a Steering board member for the hybrid radio standardization organization RadioDNS.