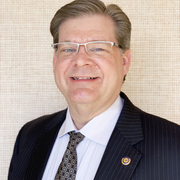 Dennis Wallace is  the manging partner in the technical consulting firm of Meintel, Sgrignoli, & Wallace, LLC.

Dennis has authored several papers on the topics of Digital Television transmission and results of testing of the DTV systems, which have been published in the IEEE Transactions and other publications. Dennis has been a presenter at the IEEE Broadcast Technology Symposium, NAB, and several SBE Conferences, as well as providing DTV presentations for SCTE and IEEE Chapters. He has made extensive field measurements of both Digital and Analog Television and Radio systems, including over 5,000 DTV field measurements.

Mr. Wallace is a Certified Broadcast Television Engineer by the Society of Broadcast Engineers. He is also a member of the IEEE Broadcast Technology Society, SMPTE, an Associate member of the Federal Communications Bar Association, and is active on several industry standards committees and the ATSC. Recently, Mr. Wallace has served on the ATSC S32 Specialist Group working on ATSC 3 standards.