Broadcast Engineering and IT Conference

(Paper available in the Proceedings of the 2020 BEIT Conference)

The FCC adopted rules for Distributed Transmission Systems (DTS), more widely known as Single Frequency Networks (SFNs) in 2008, after some 16 years of filings on the subject. It did so only when it became apparent that the service provided by the ATSC Digital Television Standard (now called ATSC 1) would not provide the signal delivery provided by the analog NTSC television service it was replacing. The shortfall in digital service was due largely to constraints placed on the transmission and interference analysis parameters applied to the new digital service for a variety of technical and political (or techno-political) reasons. There also were, in hindsight, some errors in the modeling and analysis of the new digital system that contributed to the deficit in performance.

When the DTS rules were adopted, there were similar limitations applied to the placement and signal levels of the multiple transmitters that constitute SFNs. Essentially, the weak signal levels that occur at the edges of the service areas of digital television stations were forced onto the multiple transmitters that were to be installed specifically for the purpose of increasing the signal levels and making reception more uniform. Thus, the purpose of installing SFNs was undercut from the very beginning by the rules authorizing them. Because of these constraints, in combination with the fact that the rules were adopted only months before the television industry was to transition from analog to fully digital service, relatively few SFN operations were constructed prior to the application freeze that preceded the Incentive Auction and spectrum repack. Building such facilities took careful design and often expensive antennas to achieve real performance improvements. Nevertheless, a number of stations improved their services markedly through application of the technology during the ATSC 1 era.

Now, ATSC 3, which allows for technologically easier application of SFNs, is about to roll out. The value of SFNs to provide more uniform signal levels throughout a service area, thereby permitting more reliable service delivery to mobile and portable receivers, as well as much higher data rates to fixed receivers, has been recognized as an important adjunct to a transition to ATSC 3. Test operations have been constructed applying SFN technology to ATSC 3 signal delivery with positive results. But the objective of delivering relatively uniform signal levels throughout a service area remains nearly precluded by the FCC rules, which were written mostly to limit service rather than to foster efficient use of spectrum.

Recently, a proposal in the form of a Petition for Rulemaking has been put before the FCC by NAB and the Association of Public Television Stations (APTS), seeking to update the DTS rules to permit beneficial use of SFNs, primarily with ATSC 3, but in reality with any digital television broadcast transmission system approved by the Commission. The proposal would leave unchanged the locations at which transmitters could be placed and the areas that they could serve. What it would change is the signal levels that could be delivered within service areas and the ways in which those signal levels would be controlled and constrained.

The presentation will discuss the goals and objectives of the proposal and introduce the rule changes sought, along with their operation and attendant changes in analysis methods. It also will examine the relationships of the operations of full-service and low-power stations under the proposed DTS rules. 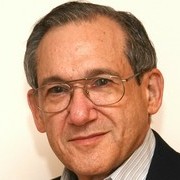